Reebok’s greatest athlete of all time, Allen Iverson, is officially headed to the Basketball Hall Of Fame, in a surprise to literally no one.

As someone who has an extensively mediocre knowledge of basketball sneakers, I thought A.I would bring out his special ‘HOF’ edition of the Reebok Question- or something along those lines- to commemorate the momentous occasion.

You know, something that he could wear and promote as he makes the media rounds? I mean, he still dresses like it’s the 90s so why wouldn’t he want to celebrate his HOF selection with the most iconic sneakers from his playing days? Something where he can sit down for an interview and be like, “Hi Rece Davis, being the greatest pound-for-pound player in NBA history is really fucking dope and being a first ballot HOFer is phat as all hell, but let me just point your attention to these Reebok Questions which you can score for a limited time at Reebok.com and Eastbay.”

Or…. he could just give two giant, cement-printed middle fingers to the brand that gave him a lifetime deal and still churns out new models of his shoes by kicking up his feet in a pair of Js. AND HE DID!

He said it himself in today’s interview: “I wasn’t a point guard. I was a killer.” And today, on the day he was officially announced as a Hall Of Famer on ESPN, he murdered the Reebok brand in cold blood.

[For optimal viewing pleasure, stare at the picture below while simultaneously clicking the video beneath said picture] 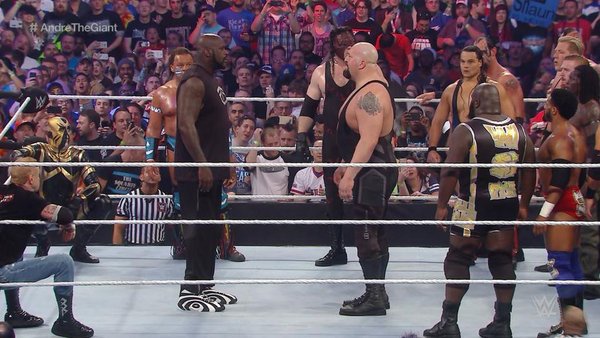 Note: The ‘Cement’ Air Jordan 4 will now be referred to as the ‘Allen Iverson HOF 2016’ Jordan 4s for the rest of eternity and saying otherwise would be both ignorant and churlish.

Allen Iverson comments on being elected to @HoopHall #16HoopClass! (via @ESPN) https://t.co/6jPvoZmYmx