Backstory: There is a MASSIVE water issue in Flint, Michigan.

Naturally, Gilbert Arenas found a way to insert himself into this tragedy by taking jabs at the women of Flint on IG who have been “washing that ass with #dirtyleadwater for months.” He’s also using his instagram account [which has since been deleted] to advise all of Flint’s thots to keep that #sourpuss out of his DMs.

I have absolutely zero knowledge of the current situation in Flint, but if their ordeal is half as bad as it seems these hoes are within their Constitutional right to murder Agent Zero for his ridicule. Not having water and not being able to shower is the fucking worst and that’s coming from a guy who has maybe not had access to hot water for a grand total of 10 hours in his entire life.

Stick and stones and blah blah blah, all of that goes out the window when you can’t shower and some bozo is calling you a sourpuss thot on social media. Thems the rules.

Side note: Gilbert Arenas strikes me as one of those guys that absolutely fucking stinks. We all know one. Whether he showers in Fiji water or the springs of Lake Minnetonka, there’s no doubt in my mind that this guy just reeks like a fish tank stuffed with gym socks at all times. 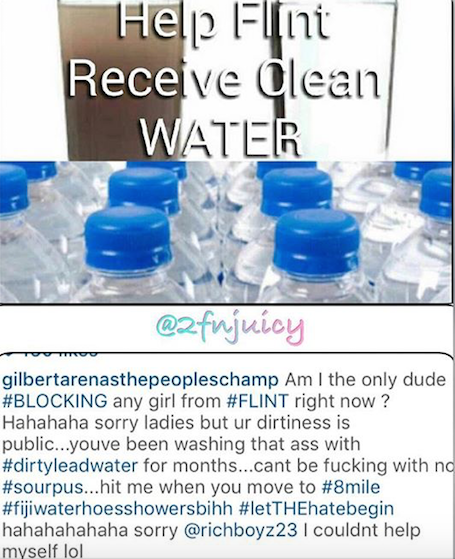 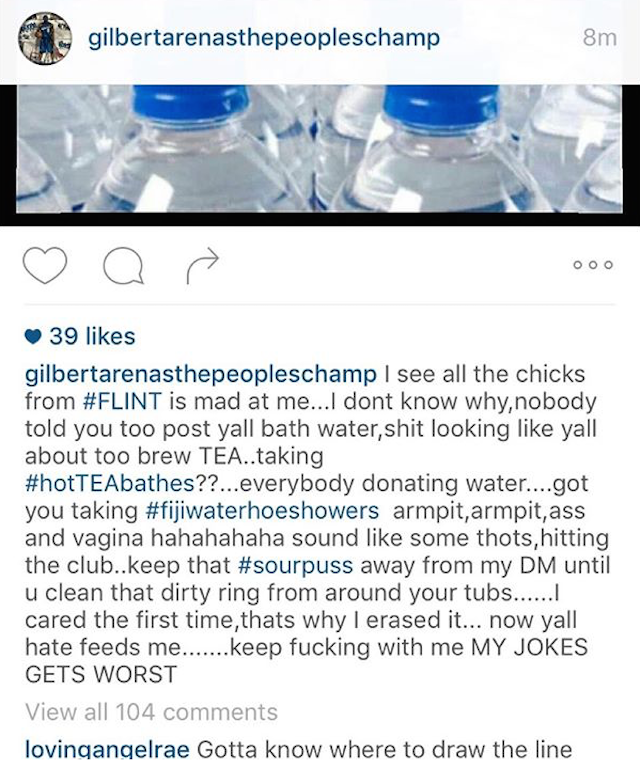 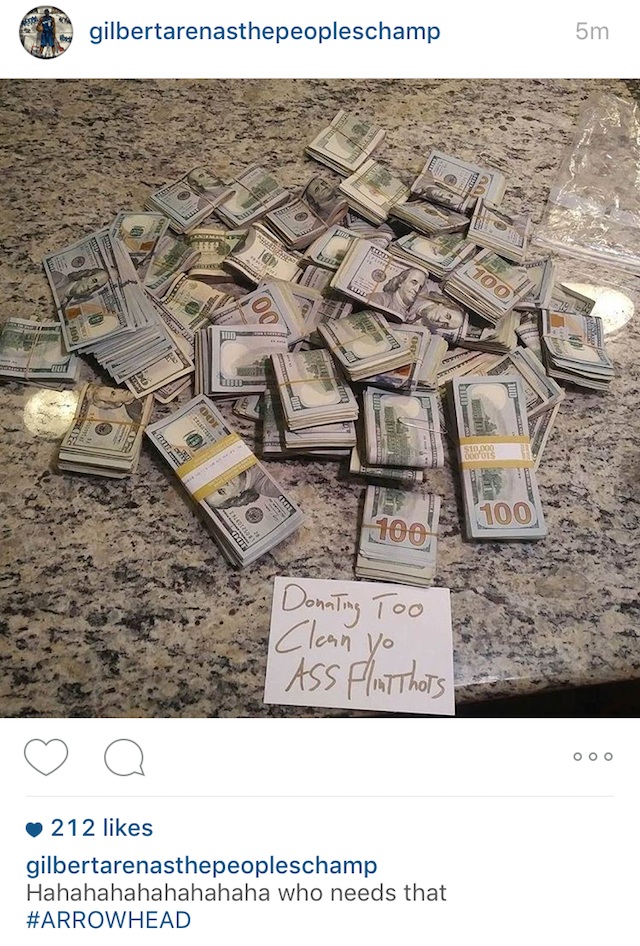