Don’t want to pat myself on the back but… you’re very welcome for brightening up your Monday.

Adidas Basketball’s Easter Collection will hit retailers tomorrow, March 25th, and exactly zero people will be lining up to grab a pair of the shoes that are to be worn by the likes of Damian Lillard, James Harden, Derrick Rose and Andrew Wiggins.

What I do like about this collection: It’s festive AF. Pastel colors out the wazoo got a motherfucker itching to color some eggs and go on a city-wide hunt in Central Park.

What I don’t like about this collection: The entire collection.

This haze salmon doused church loafer will be worn by James Harden on the 27th and it is the worst of the bunch. A very, very bad egg if you will.

When I look at this shoe I’m reminded of a roll of pennies and that ain’t worth shit, just like The Beard’s signature shoe. 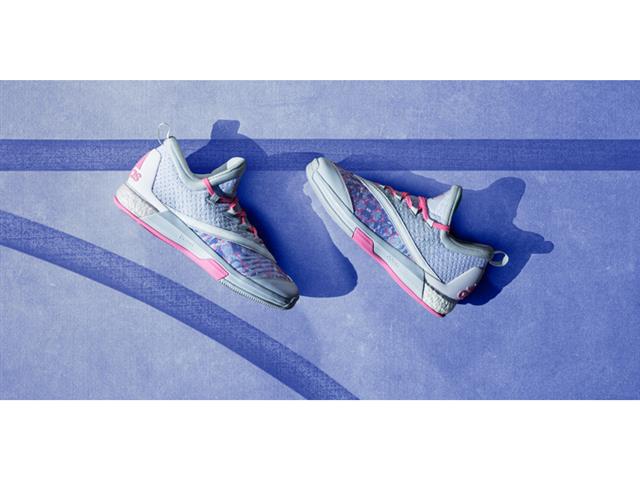 Sticking with the Crazylight Boost 2.5, we’ll now take a look at a SLIGHTLY better model designed for Andrew Wiggins. I’ll give Adidas Hoops credit for applying some Easter vibes on this one, but it still doesn’t change the fact that this shoe fucking stinks. 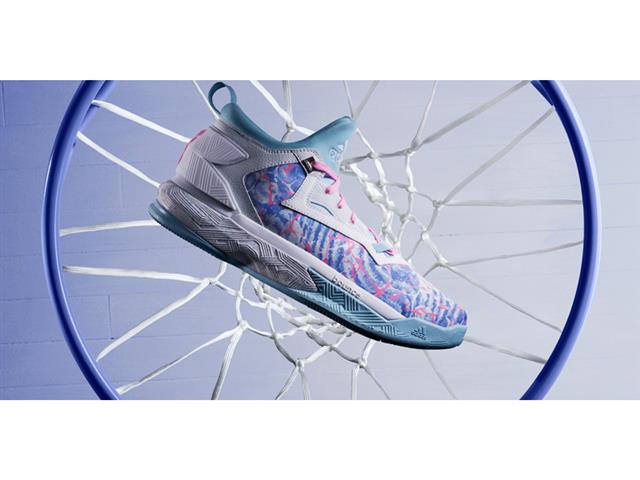 Does this look identical to the other shoe we just reviewed? You bet your ass it does. White and grey base? Check. Cotton candy swirls on the upper? Check. Pink accents? Check. Nearly the same silhouette? Check fucking mate.

As far as I’m concerned Damian Lillard and Andrew Wiggins’ Easter kicks are exactly the same and both will be shipped to a 3rd world country just in time for the NBA Draft. 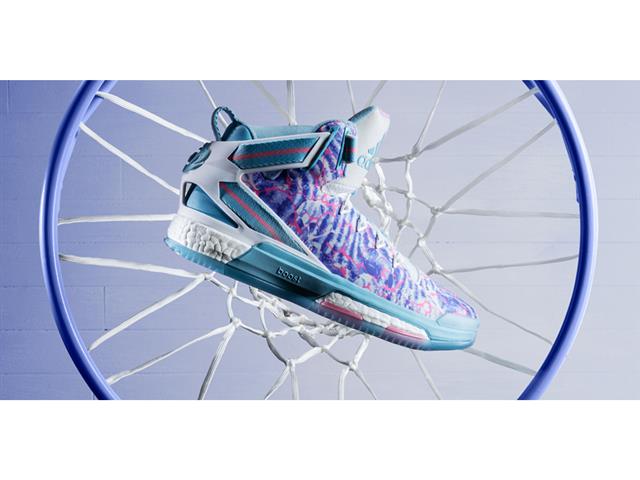 Last but not least is Derrick Rose’s D Rose 6. Adidas had a golden opportunity to go with a cracked egg graphic on the upper but given Derrick’s brittle bone syndrome it’s probably best that they just stuck with the cotton candy tiger stripes.

As far as the rest of the shoe is concerned, there are some pointless straps around the heel and the whole thing resembles a cinder block that has been dipped in a vat of melted wild berry skittles.

On the bright side, for D-Rose and his camp, this is my pick for the best of the Adidas Hoops Easter Collection- and that’s worth something.

I was on reddit today, just after a slightly stale bowl of Frosted Flakes and a little research into which sneakers I will not be able to afford next month, when I came across this thought provoking question (Spoiler Alert: It’s the one in the title):

What Animals Would Be The Most Terrifying If They Were The Size Of A Car?

The type of question that will stop anyone dead in their tracks and spark a debate that will last a lifetime or at least the length of your average pre-game.

Because I am the one that found this question, I get to make the rules and I’m saying you can’t choose animals like lions, tigers, etc because they’re already massive and terrifying enough as it is. You can’t just take a beast of an animal, make it slightly larger and call it a day. Not up in here. Think outside the box. Think outside the bun.

Without further adieu, here are the Top-5 that I came up with: 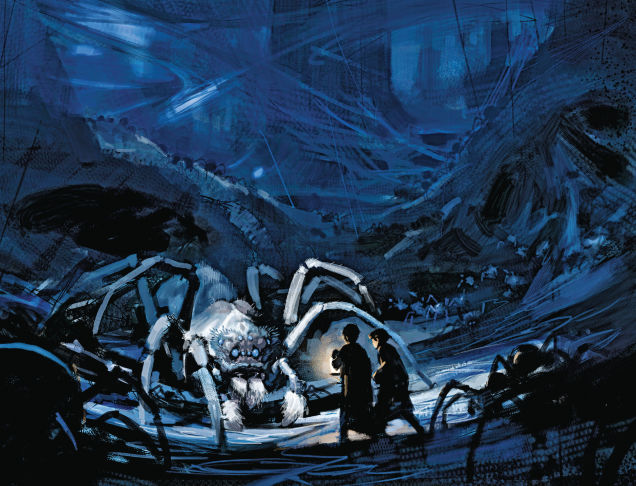 The webs those freak bastards would weave could shut down city blocks and we’d all be rolled up like crisp jazz cigarettes in a week’s time. I’m looking outside at a van right now and I’m envisioning their fangs being the size of a windshield and I’ve officially reached my limit on spider talk for the day.

Ants, centipedes, grasshoppers, scorpions, hornets? whatever. No, no, no. I’m not a zoologist but I’m 99% certain insects don’t actually qualify as animals so maybe this selection will be omitted by the government when they review this list at the White House- still it needs to be said.

If ANY insect grew 1 million times it’s average size like some Honey I Shrunk The Kids shit it would be among the most terrifying things the free world has ever seen. And that’s including the World Wars, Michael Jackson’s transformation into a porcelain doll, and the Prohibition Era. 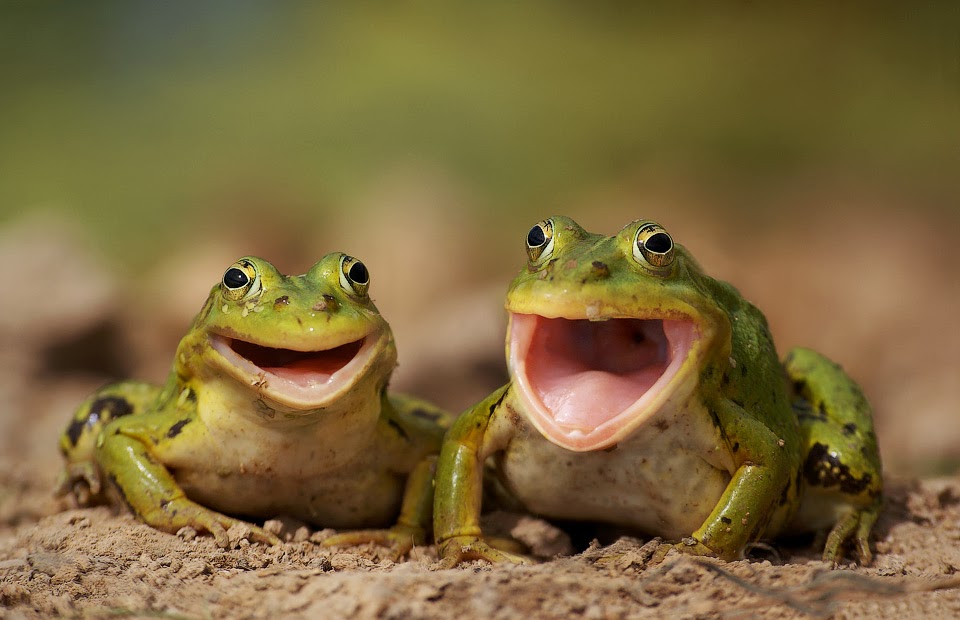 Frogs in real life? No problem. Tremendous toads, the size of a Volvo? No thank you. The aforementioned spiders and insects are obvious selections for this list, but frogs aren’t necessarily one that immediately comes to minds.

First things first, frogs can jump. Again, herpetology wasn’t my concentration at SUNY Albany, but I’m confident in my assessment about frogs being able to jump. Now imagine the damage that a frog the size of a car could do. They’d be smashing buildings, buses and humans like a real life Rampage World Tour.

Second things second, frogs have extremely sticky tongues that act like whips. I’m thinking a car-sized toad could pick you off from about 1/3 of a city block away. 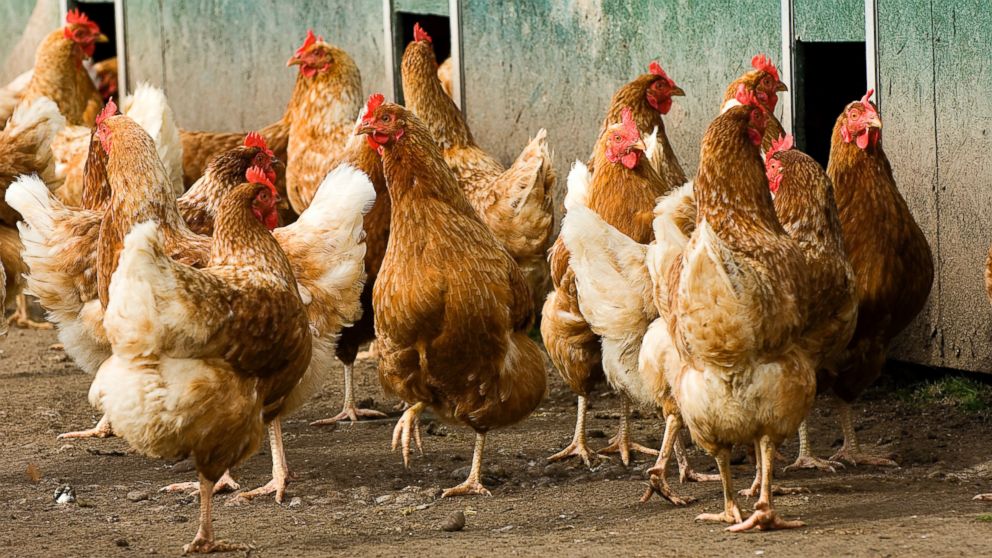 A car-sized chicken is basically a fucking dinosaur. That one just came to me. 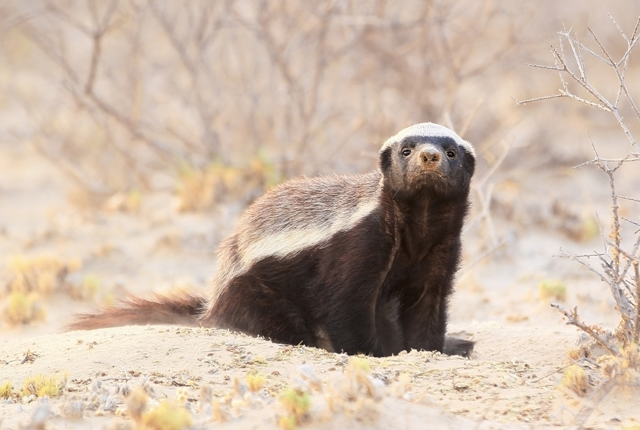 Honey badgers are the most underrated, terrifying killers on the planet and they’re about the size of a goddamn beaver as is. A car is at least twice as big as your average adult honey badger, which would make these car-sized HB’s twice as lethal, twice as menacing, and twice as horrifying.

If every animal on Earth were the size of a Toyota and they were all thrown into a gigantic ring of death, my money is on the Honey Badger to come out on top or at the very least have the most confirmed kills. So congratulations to the Mustelidae* fam.

*Mustelidae– The Mustelidae (from Latin mustela, weasel) are a family of carnivorous mammals, including the otter, badger, weasel, marten, ferret, mink and wolverine.

I know I’ve been away for about a week, but here’s 7 days worth of content in just 14 seconds of action. I was literally floating in mid air. Best throwdown yet, If I do say so myself

All of the puntastic goofballs on the internet are celebrating all sorts of pies today, March 14th aka 3/14 aka 3.14 aka Pi Day.

100k+ tweets all jiving about #PiDay. Cherry pie, apple pie, punkin pie, poontang pie, and so on and so forth. The butchers and the bakers and the people in the street are all creaming themselves, across all social media platforms, because of that bullshit number.

Pies fucking blow, and this is my cautionary tale about the dangers of that damned dessert.

It’s hot. The kitchen is filled with six insufferable kids and my mom needs to find a way to keep us all occupied before someone ends up in the hospital or dead. I’m guessing I was maybe 6 or 7 years old at the time but what happened next changed my life forever.

“HEY KIDS, HOW ABOUT A PIE EATING CONTEST?!”

Of the insufferable six, 5 were girls and then there was me. I don’t ever recall even trying any sort of pie before that moment in my life but you’re not going to not accept a challenge against 5 chicks. Even at 7 years old I knew this would be a piece of cake 😉 so I acted like this was an awesome idea and I was all the way in.

“FUCK YEAH MOM, I WOULD LOVE TO WIN THIS MOTHERFUCKING PIE EATING CONTEST,” I yelled before slamming a jaegerbomb, smashing a steel chair over my head, and ripping my shirt in half Hulk Hogan style.

She called my bluff.

Moments later, a half dozen of these miniature, store bought, personal pies were lined up for all of the bastard kids to stuff their faces with- mine was of the apple variety.

I attacked like an armless, idiot moron zombie hot on the trail of Rick Grimes. That surge lasted all of 12 seconds. Then I became very lightheaded, dizzy even. I glanced at the other end of the table and saw the girls ruthlessly crushing these demonic desserts, giggling as if it were Christm- PUKE. I lost all composure and that disgusting apple pie crawled its way back out of my body and onto the table, much to the delight of the judges and participants. Vomit this way, that way, side ways, all ways.

Chances are I also cried, but I can’t even know that because I literally blacked out in disgust. Disgust of the pie, disgust of myself, disgust of the number 3.14. In a surprise to literally no one, that was the last time I took part in any sort of competitive eating.

It’s nothing short of a miracle that I was able to partially recover and become a somewhat functioning member of American society.

I haven’t touched Apple pie since and I hope they all burn in hell. Stop glorifying #PiDay.

The Sun is out in New York. The weather was nice enough yesterday that I was able to play some hoops (Horse for 60 minutes) at the local park for the first time this year in nothing but my favorite speedo and my Air Jordan 6s. That can only mean one thing- baseball season is officially right around the corner.

So, the question is- Which 1pm Saturday games will we be attending?

In total, the Mets will only be playing two afternoon home games this season and both start at 4pm. Those late afternoon games are still better than nothing, but they don’t come close to the thrill that is a 1pm game.

Even when the Mets are on the cusp of an awesome season they find a way to crush my spirit by offering zero Saturday 1pm games. I don’t know what I plan on doing about this just yet, but I won’t rule out crying/bitching about it while quietly voicing my displeasure on a website that no one will ever see.

Quick List Of Things That Are Better Than 1pm Saturday Baseball Games: