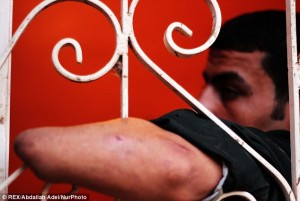 Source: An Egyptian man has sliced off both his hands by placing them in the path of a speeding train to overcome his stealing addiction. Ali Afifi, 28, was apparently so appalled by his habitual crimes that he took his punishment into his own hands. The young man, apparently guided by the rules of Sharia law, severed both his hands in his self-inflicted purgatory.

Any ordinary, cookie cutter Egyptian could’ve had the authorities sever his hands and be on their merry way. Not for Ali Afifi though, this guy is a showman. A showman, and a cocksman. Oh, I’ve broken in your pyramid and stolen a box of fig newtons you say? My fault, I’ll just reach underneath this here speeding train. Guy just shot a huge load all over divine law by making a fucking show out of it. Legendary beast move; would not surprise me if he’s turned into a mummy after he dies. It’s the least they could do, Ali just flipped Sharia Law on it’s head. Like I’ve said from day one; It takes a real man to admit his mistakes, but it takes a borderline Pharaoh to permanently disfigure his dick beaters by way of speeding locomotive. The repent game will never be the same. 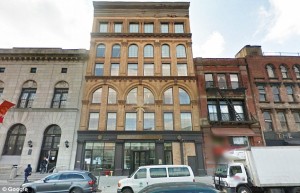 NYDN: The Church of Scientology is building a multimillion-dollar chapel and community center on E. 125th St. — part of a new effort to expand the sect’s base from Hollywood to urban areas.

“We are creating a new renaissance in Harlem,” crowed Phil Hargrow, executive director of the Church of Scientology and Community Center of Harlem. “The people in Harlem are looking for ways to further educate themselves.”

The Church of Scientology, trashed by critics as a power-hungry, money-grubbing cult, opened a similar site in gang-heavy Inglewood, Calif., in 2011. Centers in rough-and-tumble areas of Chicago and Philadelphia are also being built.

“Scientology is losing people. They are focusing on recruitment,” said Andreas Heldal-Lund, who runs anti-Scientology website Operation Clambake. “They are trying new avenues to find people who will pay for their truths.” Some uptown residents remained skeptical, insisting they wouldn’t be duped by the flashy new digs.

I’ve got to believe this is the biggest, sure-fire flop in the history of man. Scientologists mean to tell me their plan on expansion is to trick a bunch of street savvy thugs into believing God is an alien? An alien who will one day fly a spacecraft into Earth, shoot lightning bolts out of his dick, and create a post apocalyptic utopia? I don’t know if that’s what Scientology is, but I also don’t know that isn’t what Scientology is.

Anyway you slice it, a bunch of old, white, space cadets handing out martian pamphlets in the middle of Harlem is the definition of desperate. I’m pretty sure Papi, Boogie and Tito can spot a setup. Especially when it includes boarding passes to Jupiter or whatever the fuck goes on in a Scientology parish.

This experiment will be as successful as the time my buddy mixed tequila/apple juice and tried to say it was a good combination. SPOILER ALERT: He turned a gruesome shade of GREEN, became violently ill, “allegedly” pissed on my couch, and tongued the toilet bowl for the entire night. I.E: Scientology in Harlem is fucked. 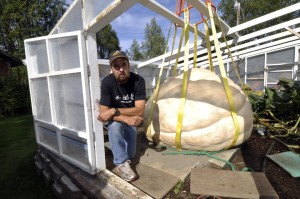 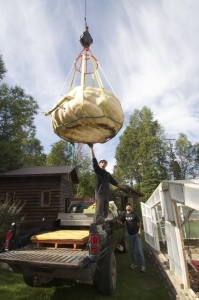 Yahoo: KENAI, Alaska (AP) — J.D. Megchelsen holds the record for giant pumpkins in Alaska, and the Nikiski gardener knew he had a candidate this year to beat the record of 1,287 pounds set in 2011.

But when a boom truck gently lifted the behemoth on Monday with rigging and a sling, the big pumpkin revealed a big disappointment: a thumb-size hole that will make it ineligible for the competition at the Alaska State Fair in Palmer. Entries must be free of rot, chemical residue and serious soft spots. They can’t have holes or cracks that reach the pumpkin cavity.

“It’s just killing him,” said Pam Elkins, Megchelsen’s sister-in-law. “He eats, sleeps and dreams pumpkins. All he does is pumpkins.”

The hole likely opened the first week of August when the fruit hit its peak growth spurt of 41 pounds in 24 hours. That happened two days in a row, he said. When the pumpkin was hand-pollinated June 5, it was the size of a cherry tomato.

I don’t know as much about pumpkins as a I do about animals and winning championships, but even I know that June 5th is not the pumpkin harvest. Hand pollinating in June? Get a clue J.D, pumpkins are October and November. You start planting seeds anytime before September and you’re really just begging for a rotten, mushy piece of squash.

“All you do is pumpkins”? Get a new hobby bozo. 2011 was your prime and now you’re just stringing out your career a la Brett Favre. You had the competition by the balls, setting records left and right, firing off dick pics at your hearts content to local pumpkin groupies. But then life happened. You just threw a gift interception, in OT, in the playoffs to seal your fate. Time to pack it up and keep it moving. Honestly think I’d out-pumpkin the shit out of this guy, and my farm game ain’t even that strong.

Also, can you even farm in Alaska? I’m convinced this guy only holds the record because there’s no competition, Nebraska has to be the cream of the crop for farmers, trust me I’m huge on geography: 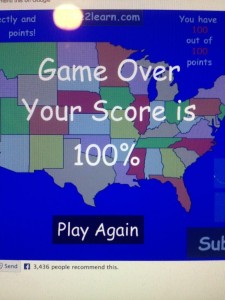 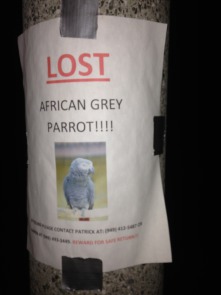 Gawker: An elderly widow from San Juan Capistrano who is hoping her pet parrot comes back to her says the lost bird was a living link to her late husband because it still spoke using the deceased man’s voice.

“My husband passed away three years ago, and he still uses my husband’s voice to tell the dogs to be quiet, and he calls my son Patrick, or he calls my daughter Erin,” Karen McIntyre told CBS LA about her beloved African gray parrot October. “He picks up the phone and makes telephone calls in my husband’s voice.”

The parrot has been missing since disappearing from the family’s backyard back in July, and McIntyre is now turning to the public for help in finding October and bringing him back home.

Free at last, free at last! That’s a clever play on the fact that today is the 50th anniversary of MLK Jr.’s “I Have a Dream” speech. Keep up.

I know parrots can repeat phrases ad nauseam and I know they can mimic someone’s voice. That’s just common, parrot bullshit. Referring to a specific person by name, and reacting to the dogs barking is next level parrot. But, if October can pick up the phone and make phone calls, then I am impressed. Bird has a vocabulary the size of Texas and it’d absolutely terrifying to be on the other line of that phone call from a dead guy/parrot. That’s some act you got there October. The only problem is your name is fucking atrocious. Godspeed out there in the real world patrolling the streets and hushing dogs all over creation. 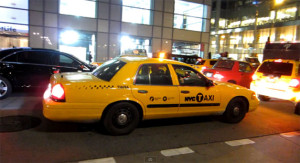 Source: In Enemies Within, the new book from Pulitzer Prize-winning Associated Press reporters Matt Apuzzo and Adam Goldman on the NYPD’s indiscriminate and probably illegal spying program, reference is briefly made to a “real yellow cab, complete with an authentic taxi medallion registered under a fake name” used by the department’s intelligence division to conduct surveillance operations.

According to Apuzzo, the cab—medallion number 6Y11—is outfitted with state-of-the-art surveillance gear, and is routinely parked outside of New York mosques in an effort to keep tabs on New York’s Muslims—all of whom, in the NYPD’s estimation, are potential threats to the public order.

Cool story dudes. What else is new? That’s what cops are supposed to do; spy on potential threats. And I kinda feel like we’re all basically under surveillance anyway. I’m probably even being spied on right now. Lemon lime gatorade bottle? Bugged. I’m not into conspiracies or anything of that nature, but It’s fucking 2013. If the NYPD doesn’t have yellow cabs equipped with surveillance gear, parked outside mosques, then somebody needs to be fired yesterday. Turn in your guns and badges, and go investigate a scaffolding permit violation. We want Danson and Highsmith on the case.

Incredible. Way to kick cataracts square in the dick, Danny. 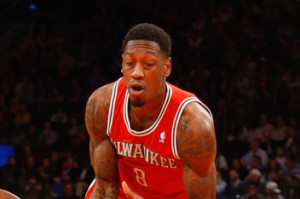 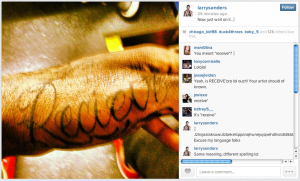 Recieve, bruh. At least they spelled “ask” right on his other hand… 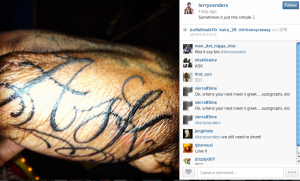 So meaningful. So artistic. 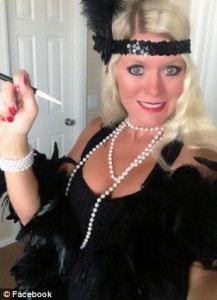 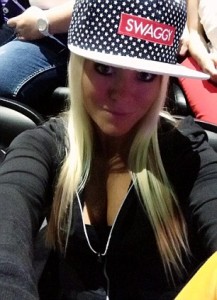 DM: A 34-year-old married woman has been arrested on charges that she had sex with a 17-year-old boy who attends the same school where she works. Tonya Harris is accused of engaging in felonious sexual acts with the student at a party last November and providing alcohol to minors. She works in the cafeteria at Falcon School District 49 in El Paso County, Colorado, but has been placed on administrative leave following her arrest last Thursday.

An investigation into the incident had gone cold due to a lack of leads, until the El Paso Sherriff’s Office received new information last week through Safe2Tell, an anonymous hotline for teens. That information lead to Harris’ arrest.

Harris, who has been married to a serviceman for 18 years, has been released on a $3,000 bond for sexual assault on a child by one in a position of trust and contributing to the delinquency of a minor, both felonies, according to the sheriff’s office. 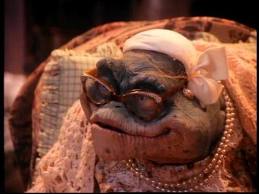 Wait a second, 34 year old married for 18 fucking years? For those of you scoring at home, that means she was 16 when she got married. Turn the page; you’re 34 years old, serving tacos and banging 17 year olds. Textbook teenage marriage execution right there.